Perfect is the name of it

The Business August 28th 2013: The Back to Business Edition


Get your Trapper Keepers and your troll doll pen toppers, The Business is back in session.

We’ve picked a few teacher’s pets to celebrate with, like Kevin O’Shea! 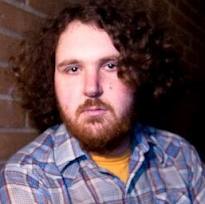 Established in 1984 following the mergers of Steven and Cathy O’Shea, Kevin O’Shea has been one of San Francisco’s leading manufactures of mirth, laughter, hilarity and all around good times! Kevin has been commonly described as clever, absurd, awkward but in a funny way and too smart for his own good. He has been seen on the Independent Film Chanel and ComedyCentral.com. He is a favorite of comedy festivals such as: The SF Sketch Fest and the Bridgetown Comedy Festival. Go see him now as his 4th quarter productivity has never been higher!

From the Far East, Joe Alfano! 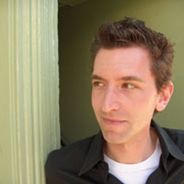 Friend of The Business and all around cool dude, Joe Tobin.

Originally from Philadelphia, Joe has become a regular in Bay Area comedy clubs, and he has been fortunate to work with such great comedians as Dave Chappelle, Jake Johannsen, Doug Benson, and Zach Galifiankis, to name a few. (Joe Montana once shook his hand and said, “good job.” This may have been the highlight of his career.)

Plus, rounding out her month long residency with The Business, Anna Seregina!

This show is just $5. JUST $5. Get your tix in advance because we sell out.

BYOBurrito but only if you have enough for the whole class.

The Business August 21st 2013: The Wizard from the Far North Edition

This week’s show promises to be magical.

Seattle is full of wonderous creatures, Emmett Montgomery is a prize among them.

Utah born, Seattle based comedian Emmett Montgomery found the comedy stage in late 2004 and has been failing beautifully ever since. Emmett has been involved in a lot of things including critically acclaimed comedy collectives, post apocalyptic variety shows, underground wrestling leagues and family friendly comedy nights in pizza restaurants. Mr. Montgomery has been featured the film “Seattle Komedy Documentary”, the coffee table book “Seattle 100: a portrait of a city” and the Bumbershoot, Bridgetown Comedy and Sasquatch festivals. In addition to wandering the country telling jokes he currently curates and hosts a love letter to Seattle in the form of variety show/sharing party entitled “Weird and Awesome with Emmett Montgomery” at the beloved Annex Theatre and is a member of the Seattle chapter of the Bushwick Book Club, a collection of musicians and artists that create and perform original works based on literary sources. Emmett lives with his beautiful wife and hideous cat in a possibly haunted building in Seattle and enjoys making puppets.

Torio now resides in San Francisco, where he regularly performs the hilarious observations he's made about this Golden State of ours. He runs a monthly shows in Sonoma, titled Back Alley Comedy, featuring some of California's best headliners. He also finished runner-up in Rooster T.
Feather's New Talent Competition of 2013, almost finally making his father proud of him.

Plus the phenomenal and precious Matt Leib!

Matt Lieb is a comedian, writer, actor and street musician/Bone Thugs-N-Harmony cover band. He was named “one of my all-time favorite Bay Area performers” by the award-winning SF blog Courting Comedy and, in that same post, described as “extremely talented, charmingly dark and genuinely pleasant”.

Buy your tix in advance cause YOU KNOW WE SELL OUT.

BYOBurrito, if you use it as a wand, everything you point at will be burritos.
Posted by Unknown at 11:40 AM

Multiplication Freezer Frenzy Freebie & A Back To School SALE! 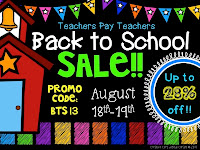 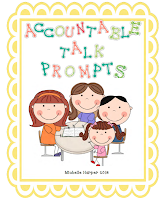 Hopefully today's post finds you either settled in nicely to your new school year or getting excited about going back.  Either way, the TpT giant BACK TO SCHOOL SALE is happening this weekend...Sunday and Monday, Aug. 18th and 19th.  Be sure to visit your favorite stores and grab items for as much as 28% off.  I put EVERYTHING in my store on sale.  Be sure to check out a real steal on the BRAND NEW Accountable Talk Prompts.  There are 24 accountable talk stems that are sure to keep students engaged in the text...a goal of Common Core.  *Don't forget to use the PROMO CODE. Sellers will mark most of their items 20% off.  You'll get the additional 8% by using the PROMO code!  (See the beautiful button created by the very talented Krista Wallden at Creative Clips for PROMO code...Thank you, Krista!) 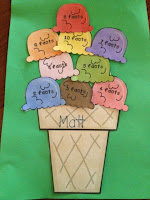 Teaching multiplication this year?  Be sure to grab my latest FREEBIE...Multiplication Facts Freezer Frenzy! My way of saying THANK YOU for your never ending friendship and support in the blogging world!  As students learn their facts, let them earn and add the corresponding ice cream to their base cone.  As a REAL incentive, I bought my students an ice cream from the cafeteria when they mastered all their facts!  Hmmmm....thinking I'll make a trip to Baskin Robbins tonight!  :-)
Bananas for incredible deals on TpT this weekend!  Happy Shopping!
Posted by Unknown at 8:42 PM

The Business August 14th, 2013: The Between New Breaking Bads Edition

SURE this week won’t feel like a never-ending yawn of time stretching through the ages into the infinite as we wait for more Hank and Walt, but just in case, we put together an excellent mid-week distraction.

We are delighted that our guest for this whole month will be back, the delightful Anna Seregina. She will be joined by the HIGHLY ADDICTIVE Kate Willett. 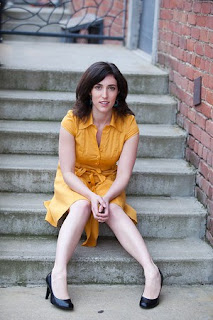 Kate Willett is a San Francisco based comedian and actress. She recently appeared as a performer in SF Sketchfest, and regularly performs at clubs and theaters all over CA. As an actress, she has performed throughout the United States with companies such as Shakespeare and Company, Word for Word, Woman’s Will and the Samuel Beckett Theater in Dublin, Ireland. She is the host of a weekly radio show, called The Mission Position on radiovalencia.fm. She’s also the co-producer of the weekly Mission Position show in Lost Weekend Video’s famous Cine Cave, Comikaze Lounge, and Comedy at Deluxe.

We’ll also get a little bump of some new shit from the East Coast from guest Alex Grubard!

In 2013 Alex was the winner of LOL at The Grand Opera in Wilmington, Delaware, performed stand-up on mtvU’s “College Quickes,” and co-wrote the sketch show One Hit Wonder which will appear in the 2013 Live Arts & Philly Fringe. 2012 began with Grubard being named one of Philly’s “Comics to Watch in 2012,” “Top Philly Comedians of 2011” and “Top 10 Philly Comedians.” He was a fan favorite during the 2012 Cape Fear Comedy Festival, the 2nd F. Harold Comedy Festival, 2012 Live Arts & Philly Fringe and 2011 1st Person Arts Festival.

All this plus your regulars! “Cooklin” Gill, “Butane” Sinister and “Nitrogen”* Nato Green.

We sell out! Get tix in advance.

*No idea if Nitrogen is a part of making meth or Breaking Bad. Just sounded cool. NITROGEN. NITROGEN! See?
Posted by Unknown at 12:03 PM

The Business August 6th, 2013: The From Russia With Jokes Edition

JUST ADDED: Special guest Sheng Wang! You know Sheng from his half-hour special on Comedy Central, and from generally being the funniest dude in the world. We're glad to have him back at the Biz.

This week, and every week in August, we welcome friend of The Business and super cool lady, Anna Seregina. 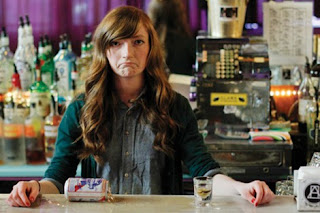 Anna Seregina is a San Francisco-based stand-up comic and performer. She was born in Moscow, Russia, which could explain her deep-rooted cynicism. It could also explain nothing. After being involved in theater and improv for nearly a decade and being funny for nearly a lifetime, she decided to take the plunge into stand-up comedy. Her style can nearly be defined as vocal and un-lady-like, drawing heavily on what little life experience she has. She has been described as having the "worst aura." She has performed in the 2013 & 2012 SF Sketchfest, the inaugural SF Comedy & Burrito Festival, the 2012 SF Comedy Day Festival, and the Bruise Cruise Festival. She is a regular performer at the Porchlight Storytelling series, and has been picked as one of six emerging stand-up acts in the Bay Area comedy scene by Bold Italic. Most facts about her are true. Most truths about her are facts. She is a sensational dancer.

We are also very please to serve up a tasty dish, Johan Miranda. Johan is some top notch, home grown talent.

All our regulars will be there, Caitlin Gill, Sean Keane, Nato Green and Vladimir Putin. JUST KIDDING it’s Bucky Sinister.

We do. We really do.

We also sell out. Get your tix in advance.

BYOBorscht.
Posted by Unknown at 12:00 PM

Come join us for hot fun in the Summertime before its not summer anymore and we have to have fall time fun. What I’m really saying is, let’s kill some time together before the return of Pumpkin Spice lattes!!

YOU KNOW WE GOT GUESTS. 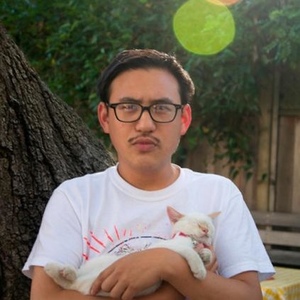 George Chen has finally found a proper outlet for his brand of sarcasm and self-deprecation. These traits were ill-suited to the other worlds he has occupied as a musician, writer, and filler of 1099 forms. As a promoter he has organized comedy shows on a moving bus, at a still-life drawing session, and inside a comic book store. Of these attempts to put on comedy in unlikely locations, the best thus far has been the weekly showcase Cynic Cave at Lost Weekend Video (organized with Kevin O’Shea). He also co-produces the monthly multimedia show Talkies.
As a performer he has appeared at Holy Fuck, Venice Underground Comedy, The Business, and the Porchlight Storytelling Series.

Bart Freebairn is a stand up comedy comedian. He has been doing comedy for a while now and travels around Australia doing comedy to people and whatever else is around. He’s had the pleasure of performing at festivals like Melbourne comedy festival, Adelaide Fringe festival and Brisbane Comedy Festival.

He is very excited to be back where the toilets spin in the right direction. THE AMERICAN DIRECTION.

Andrew Holmgren, comedian, is a sharp-shooting merrymaker, hardboiled in the San Francisco Bay, that finds utmost joy in disseminating his humor across the country. One-part noble knave, one-part calming confidence man, and one-part evergreen mocker, Holmgren speaks with frank sarcasm and idyllic crassness. A budding star, Andrew Holmgren has performed at the San Francisco Punch Line, Noise Pop Festival, the International Hemp and Cannabis Festival, San Francisco Indie Fest, San Francisco Comedy Day, and the Sacramento Comedy Festival (earning the Best of Fest award). Also, he has opened for the reputable Will Franken and Moshe Kasher and curates the popular Get Yucked Up comedy showcase under Bay Area comedy outfit, Sylvan Productions, of which he serves as producer/artist.

And of course Steve Hernandez. When you see him, you will laugh, and you will want to hug him. He will be into that. He is big into hugs. He’s also big into producing some of LA’s best comedy shows, including the spectacular Chatterbox.

We sell out! Get your tix in advance.

BYOBurrito and dress it in a miniskirt. It’s summer, let it all hang out.
Posted by Unknown at 11:54 AM